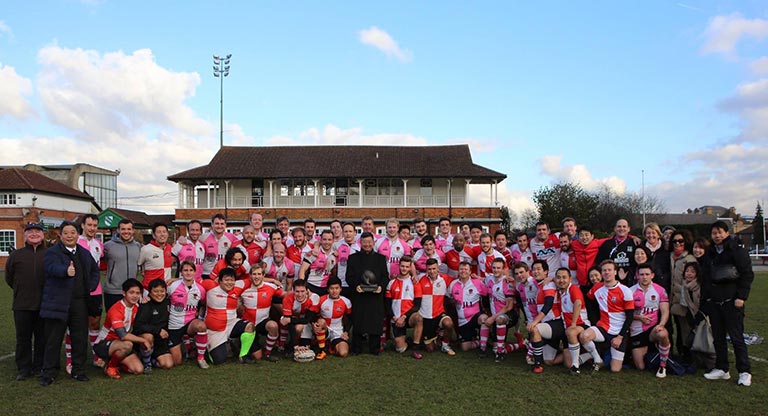 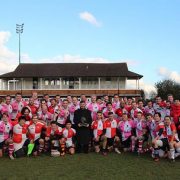 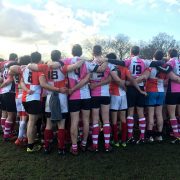 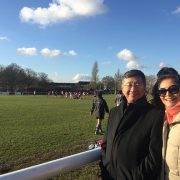 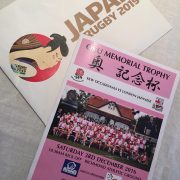 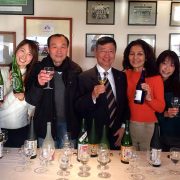 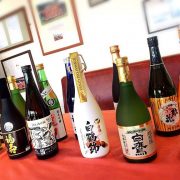 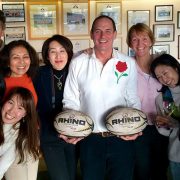 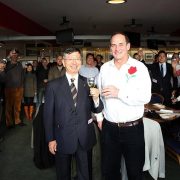 On 29th November 2016, Ambassador Koji Tsuruoka awarded the Foreign Minister’s Commendation to Mr Reg Clark, CEO of Rhino Rugby, for his contribution to the promotion of mutual understanding between Japan and the UK through rugby.

Mr Clark has been deeply involved in Japan-related activities since his first visit to Japan in 1977. He is also known for his enduring friendship with the late Ambassador Katsuhiko Oku, who served as the Director of the Japan Information and Cultural Centre at the Embassy of Japan in the UK from 2001. Mr Clark, together with Ambassador Oku, devoted himself to nurturing people-to-people interaction between Japanese and British citizens. His achievements in this regard include his role as Treasurer of the year-long cultural-exchange project Japan 2001.

On the same evening, friends of the late Ambassador Oku took the opportunity to celebrate his memory and his work to rebuild Iraq, where he was tragically killed in November 2003. He was not only a dedicated diplomat who worked hard for his country and the world, but also one who made an invaluable contribution to rugby in Japan, particularly in relation to Japan’s bid to host the Rugby World Cup in 2019.

On the 3rd December, on a crisp and sunny morning, a friendly rugby match was held at Richmond Athletics Ground between the Kew Occasionals and the London Japanese. The Sake Samurai Association were proud to once again support this event, providing Sake from the Nada region during the reception. Not only is Nada Japan’s largest sake making region by volume, it also holds special significance, since it includes Kobe city where Ambassador Oku was born and where Reg Clark resided during his employment in Japan

The Sake Samurai Association will wholeheartedly continue their support of this meaningful event. By bringing Sake into the world of rugby, golf and other sports, Sake will surely earn a place in people’s hearts as an integral part of creating treasured memories. The Ambassador, the Embassy team, Rugby supporters, friends of the players and Sake Samurai Association gathered to celebrate late Ambassador Oku’s life and Sake was served with a big ‘ Kampai’. Reg will continue this Oku Memorial cup with thesingle aimof celebrating his best friend’s life by playing the game he loved, and doing so, as he would have wanted, in good spirit and with a smile on our faces.