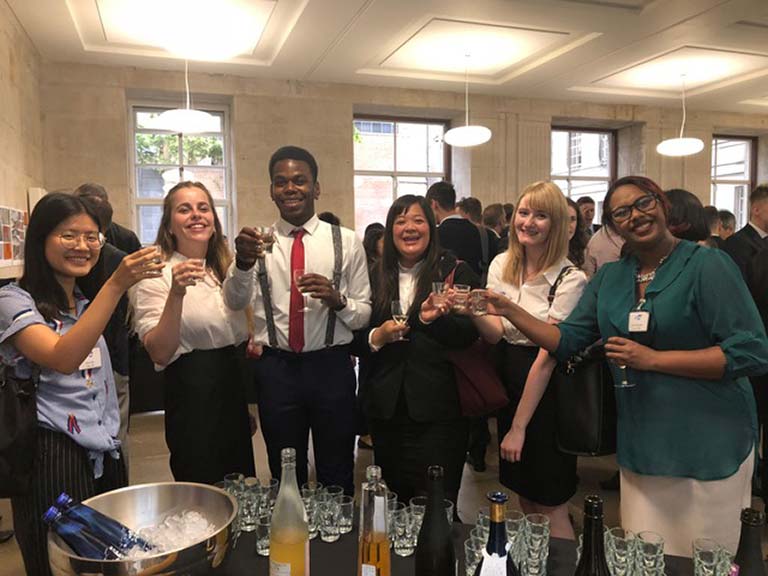 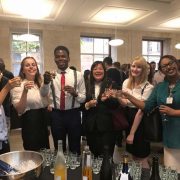 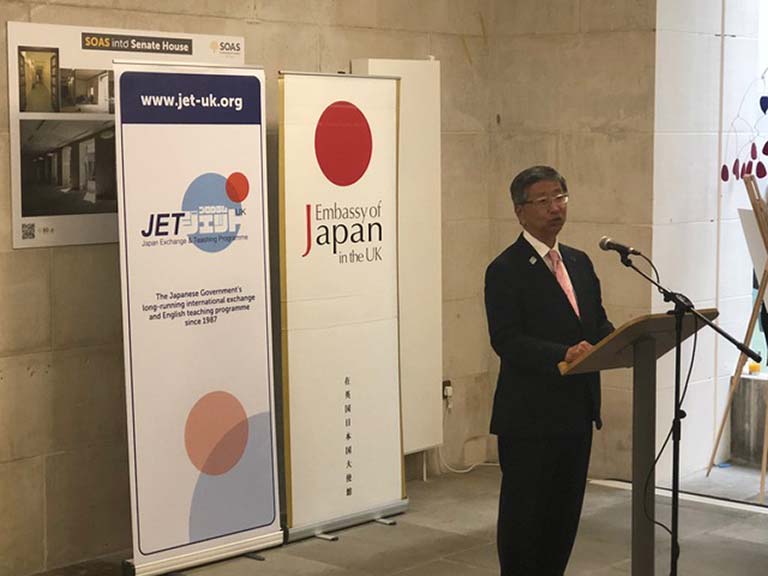 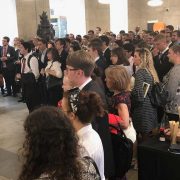 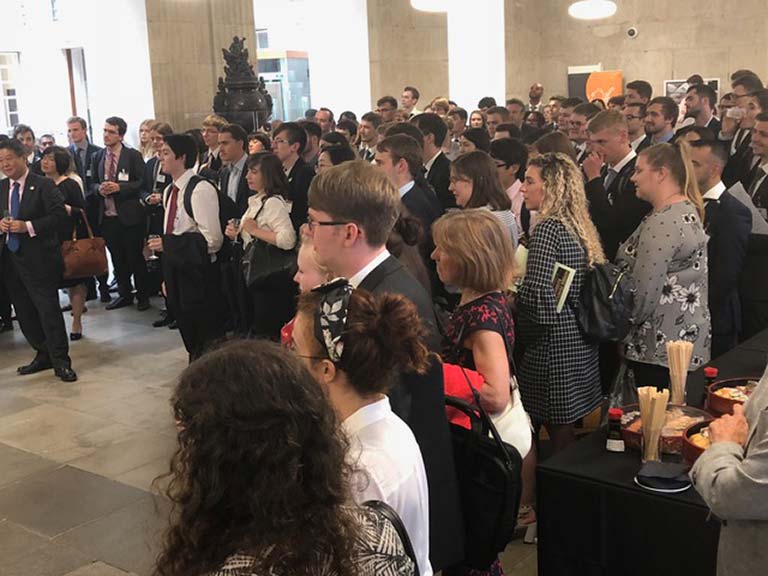 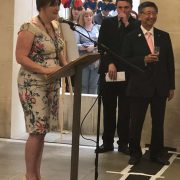 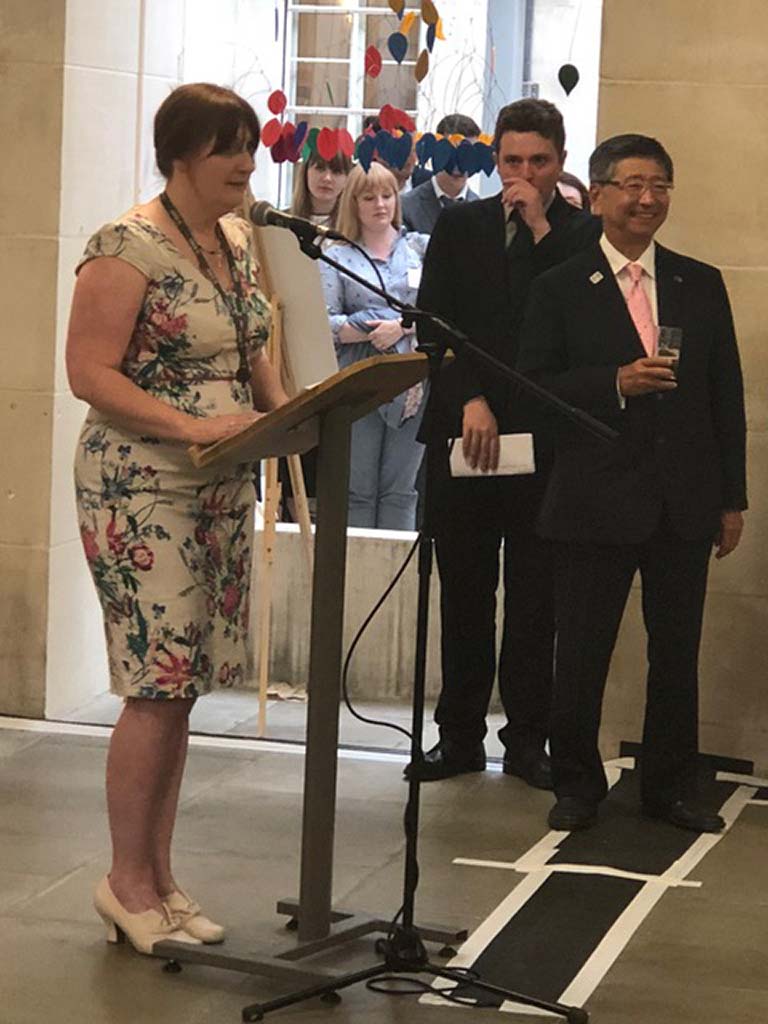 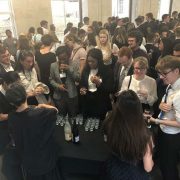 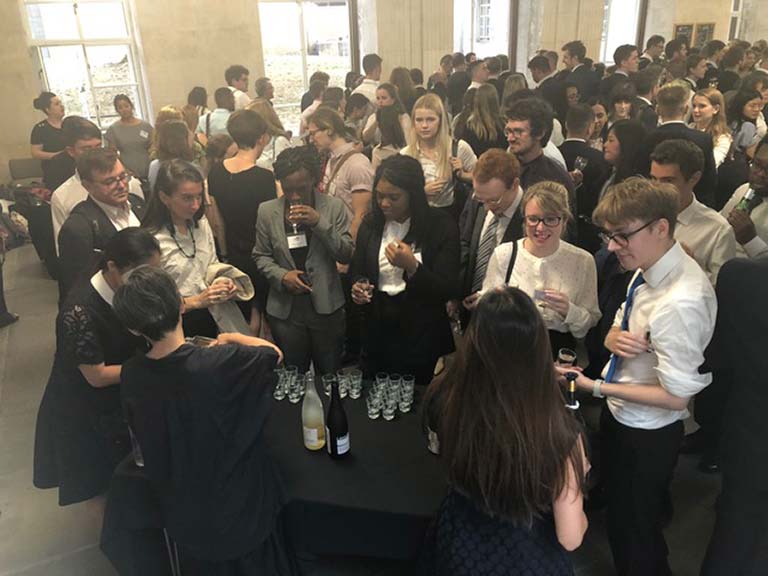 Sake Samurai UK has been supporting the Japan Exchange and Teaching (JET) programme for several years but this was the first time that we joined the kick-off party to meet young talented missionaries who are going to Japan as English teachers and researchers. I always feel so proud to support any occasions to bridge between UK and Japan, and in this case I was overwhelmed by the enthusiasm and inquiring spirit of the young people. Most of them had just graduated from university and were going to Japan to be cultural ambassadors between the two countries.

The celebration evening took place at SOAS, University of London on a hot summer day, and over 200 successful candidates gathered from all over the country to meet friends and colleagues from the same programme.  They were all welcomed by a warm speech by the Ambassador of Japan, Mr Koji Tsuruoka and encouraged to accomplish their mission in Japan as well as to enjoy valuable opportunities during their stay for two years. He gave a toast with sake to their successful and safe journey, mentioning that drinking sake together in Japan means that you will be friends forever.  The sake stand was on fire with curious visitors who wanted to share bottles of the Japanese national drink.  Looking at their cheerful faces full of hope,  I wished them a fantastic time in Japan, and hoped they would contribute to building an even greater friendship between Japan and the UK.

The JET Programme  http://jetprogramme.org/en  is aimed at promoting grass-roots international exchange between Japan and other nations and is administered through the collaboration of Japan’s local government authorities, the Ministry of Internal Affairs and Communications (MIC), the Ministry of Foreign Affairs (MOFA), the Ministry of Education, Culture, Sports, Science and Technology (MEXT), and the Council of Local Authorities for International Relations (CLAIR).

Saddle Up for Japan at Ascot
Scroll to top