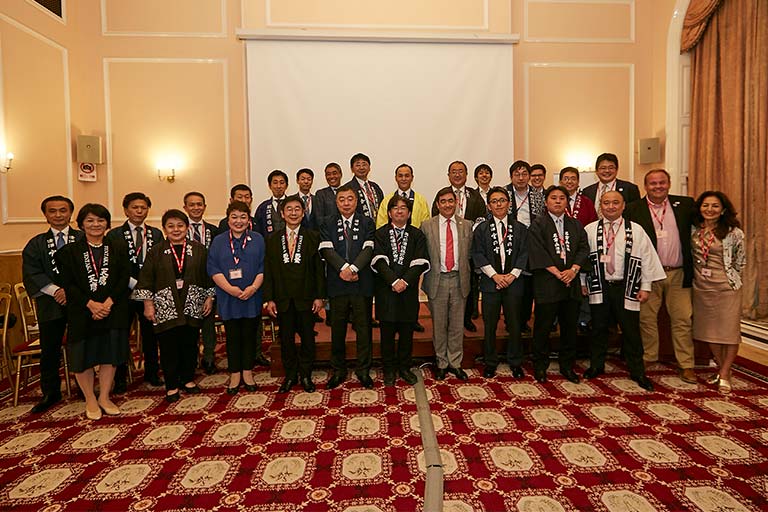 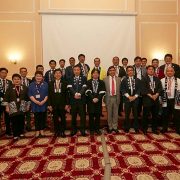 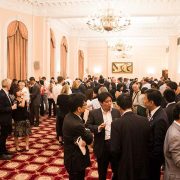 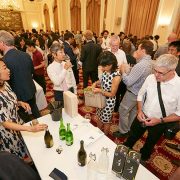 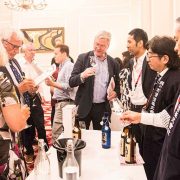 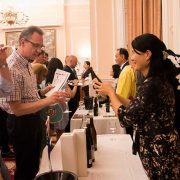 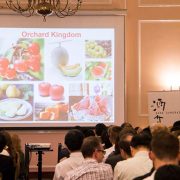 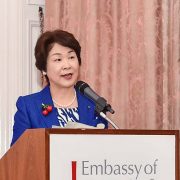 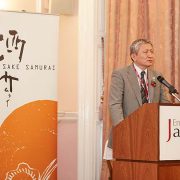 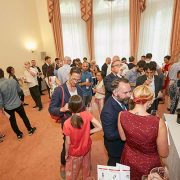 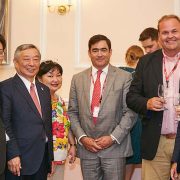 Prior to the IWC Awards Dinner, where the Champion sake and top awards are to be announced, the Embassy of Japan and Sake Samurai Association hosted the celebration tasting for the finalist sake makers. This ‘Crème de la crème’ annual tasting was long awaited by sake lovers and the trade, and a staggering number of over 250 guests applied for entry to the special night.

The fourteen attending sake makers were all trophy winners for IWC’s nine sake categories. The event was also attended by the chairman and vice-chairman of Sake Samurai. Guests enjoyed sampling the most acclaimed craftsmanship of Japan’s oldest industry and tasted over 30 different brands throughout the evening.

This year, the host prefecture of IWC sake judging, Yamagata gave a special lecture about their sake and Japan’s first Geographic Indication (GI) of sake, under which Yamagata sake were recognised as a product that originates from a specific geographic location. The governor Mieko Yoshimura and Mr Toshihiko Koseki from the Yamagata brewer’s association charmed the audience with the abundance of attractions of the region as the number one kingdom of sake in Japan.

Arline Lyons from Taste Translation has written a vivid article about the event: