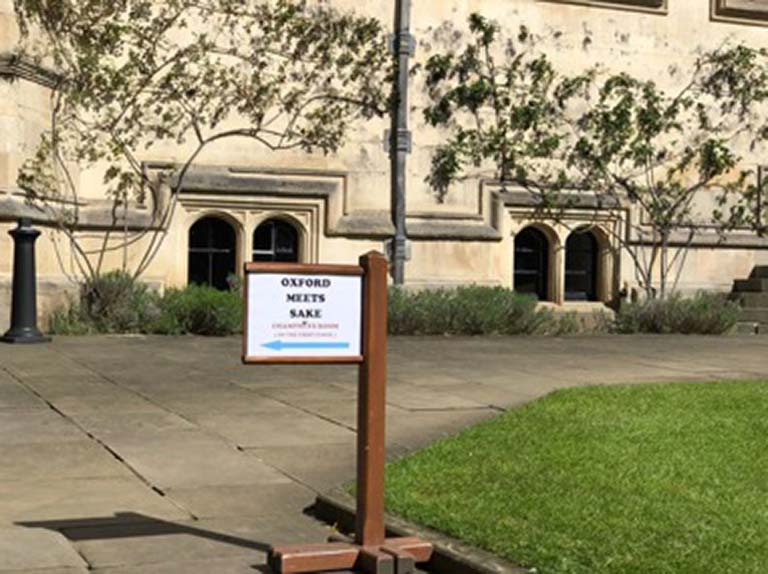 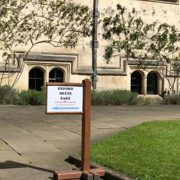 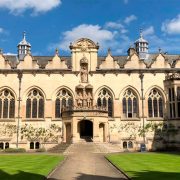 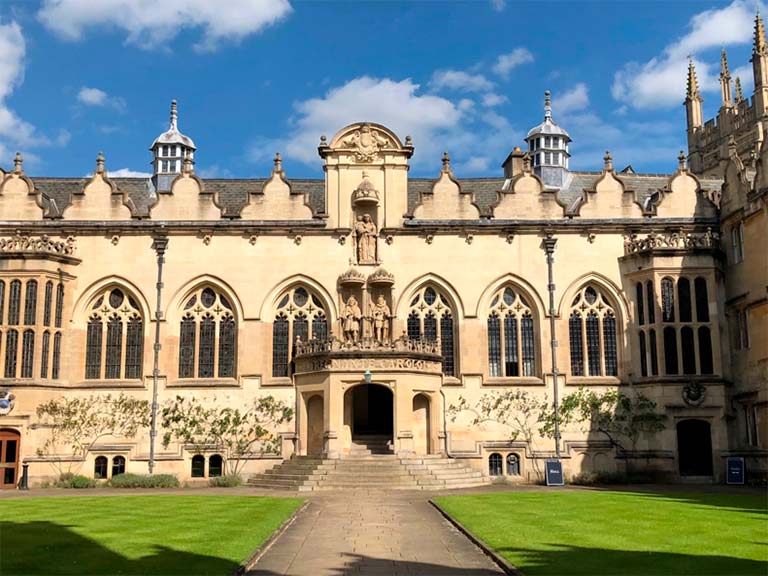 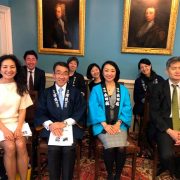 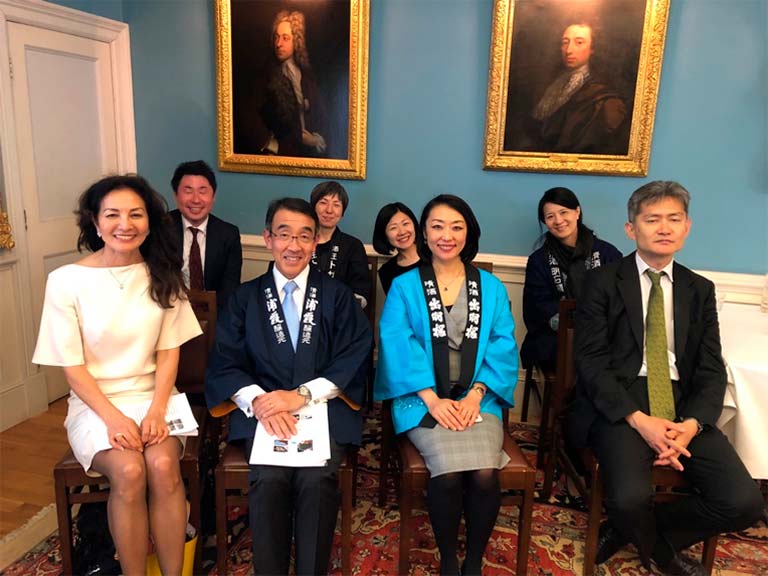 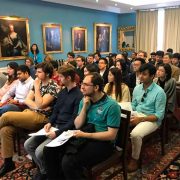 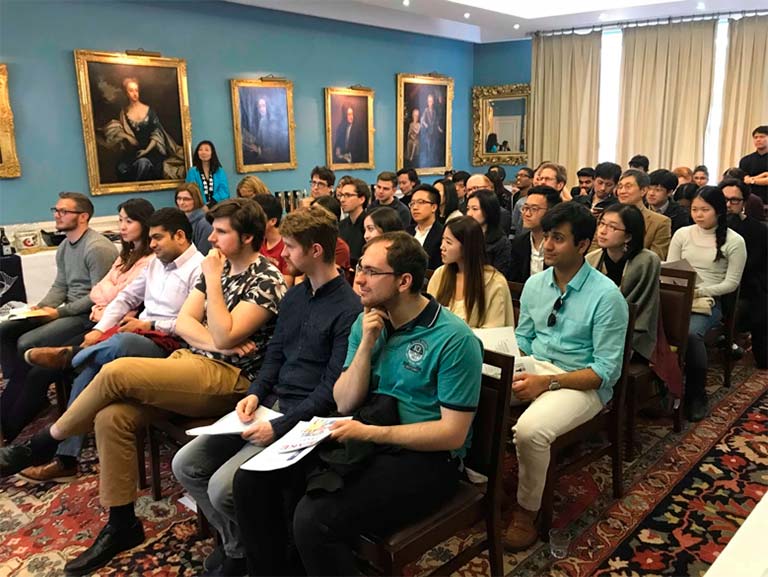 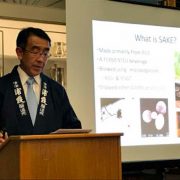 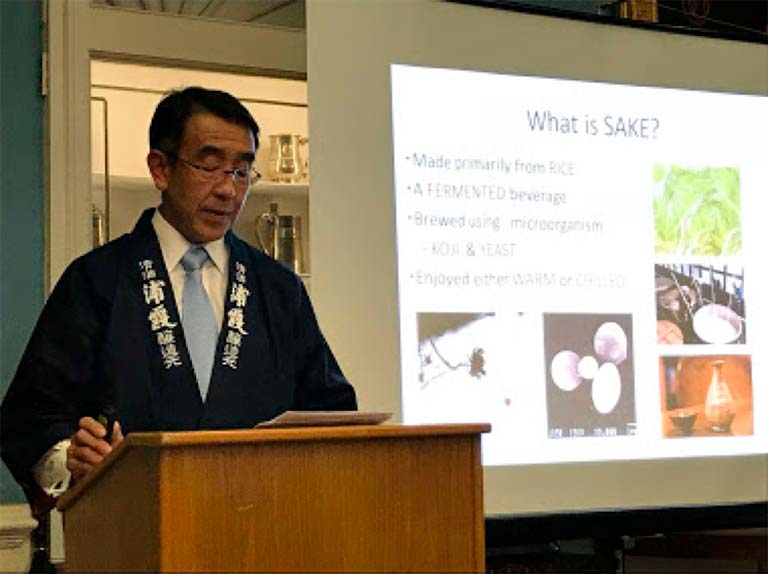 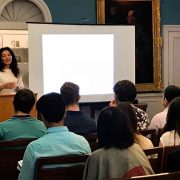 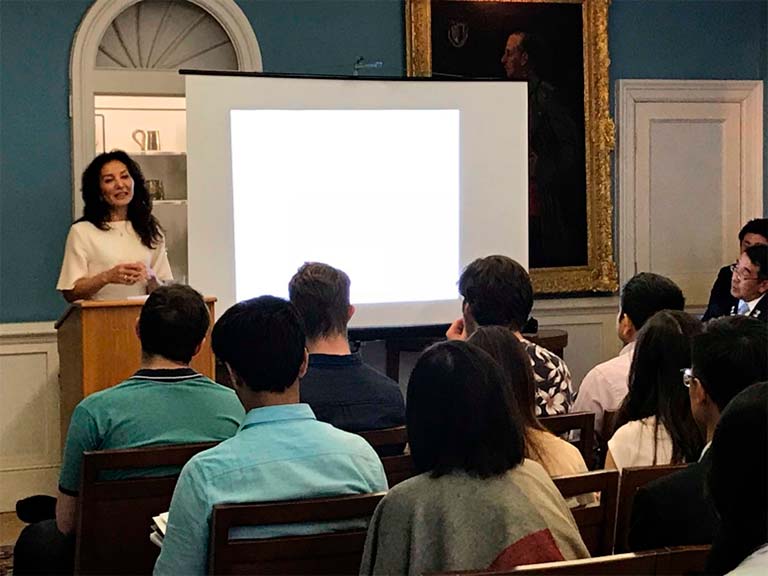 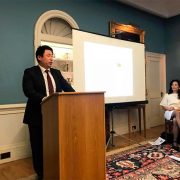 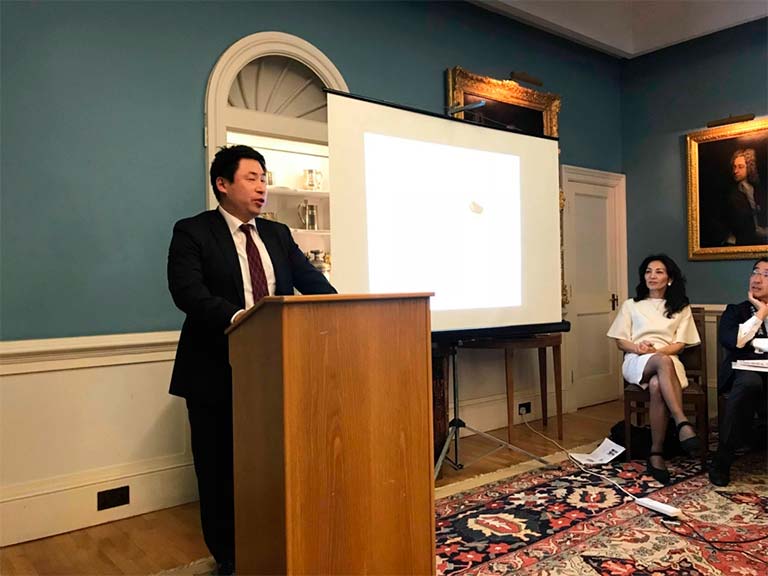 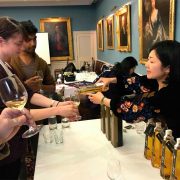 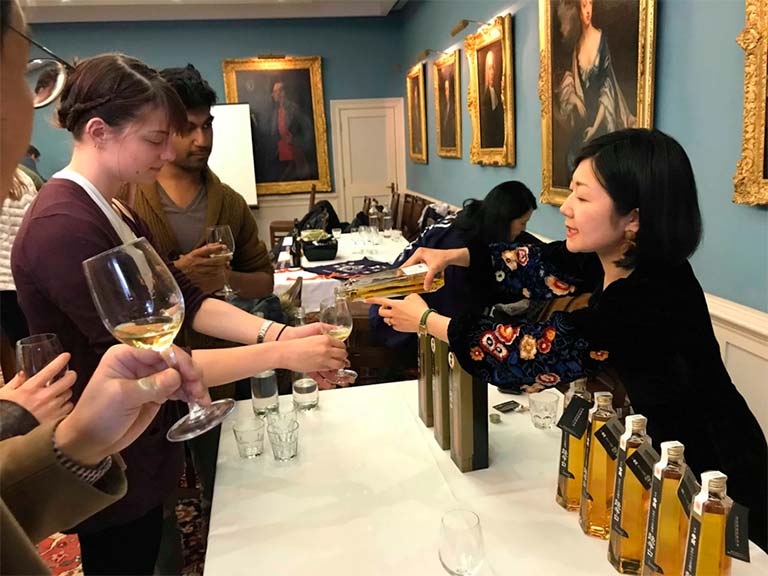 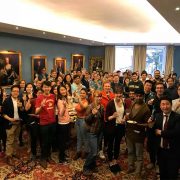 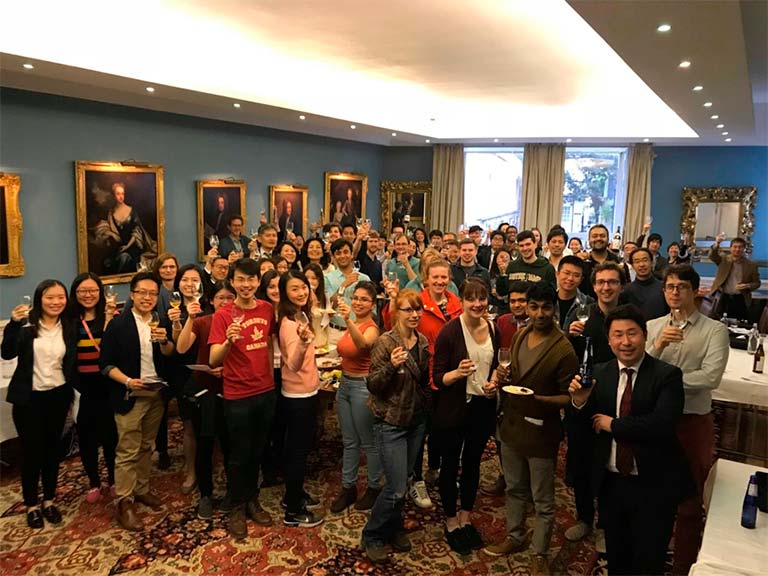 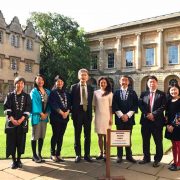 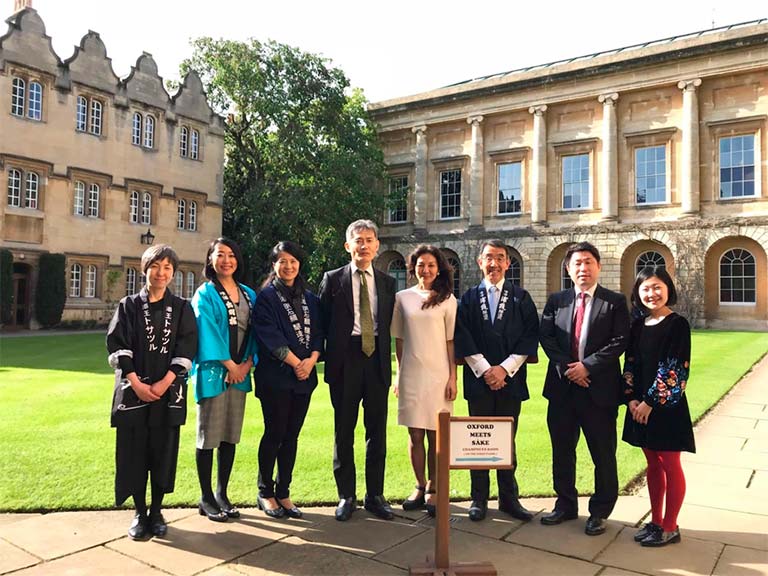 We are very pleased to report that the Sake Society has been officially established in April this year as the home of sake related activities, and to support UK-Japan relations in Oxford University. The mission of the Oxford University Sake Society (OUSS) is to enlighten future leaders at University of Oxford on the culture of Japan through the national drink of sake, in the hope that they can become long term bridges between global society and Japan.  OUSS will be a student-run organisation with approval to use the name and arms of the University of Oxford. The founding members of this club are Mr Shota Miura (MBA student at Said Business College), Mr. Takeshi Chino (alumni of the Said Business College), Mr. Koichi Saura (President of Urakasumi) and Rie Yoshitake (Sake promoter).

The launch event took place on the 3rd May at Champneys room at Oriel College attended by about 50 students and college fellows. To support this memorable event, 5 renowned sake makers – namely Urakasumi, Takara, Akashitai, Tosatsuru and Nishinoseki sponsored and joined the day to give a talk about the history and philosophy of their proud sake. After a short introduction to the OUSS by Shota Miura, Mr Koichi Saura from Urakasumi (who flew from Japan for this event) explained about the past and future of sake with a detailed presentation. Rie Yoshitake presented the core aspects of sake to give students a fundamental knowledge. Five sake makers introduced their breweries geographically and philosophically with a Powerpoint presentation before they served sake to guests at the tables.

Sake served at the reception were – Mio Sparkling from Takara shuzo, Urakasumi Zen from Urakasumi brewery, and Tosatsuru Junmai from Tosatsuru brewery, Nishinoseki Koshu 1988 from Kayashima brewery and Akashitai Ume-shu from Akashi brewery. Professors Takehiko Kariya and Hugh Whttaker from Nissan Institute were amongst the guests who will be supporting the OUSS to flourish in the future. I am truly excited to see this achievement of sake at Oxford University and look forward to supporting future events.