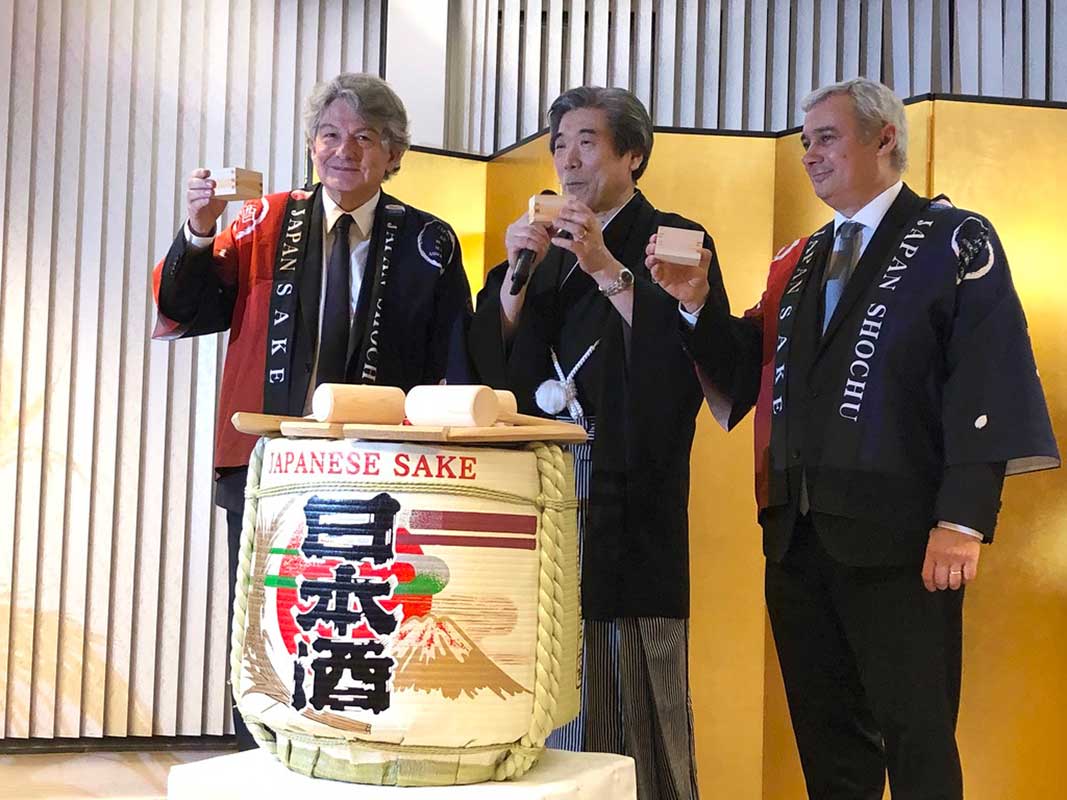 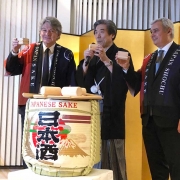 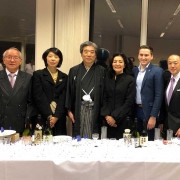 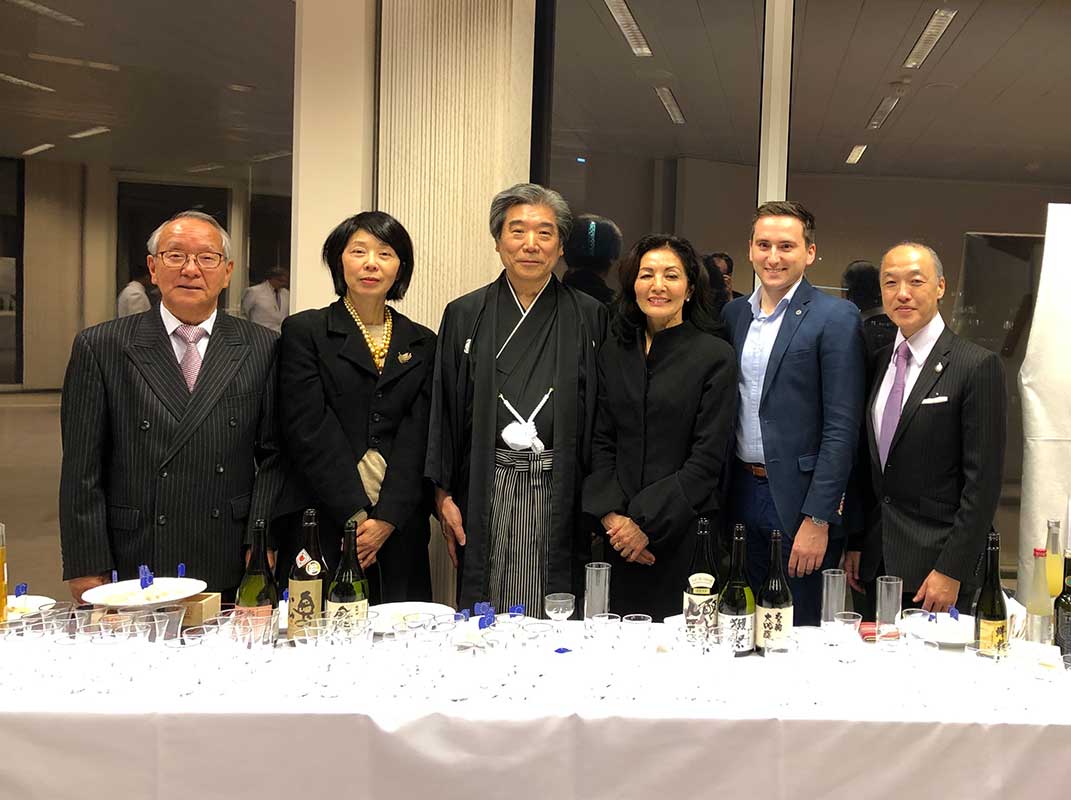 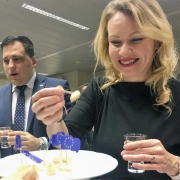 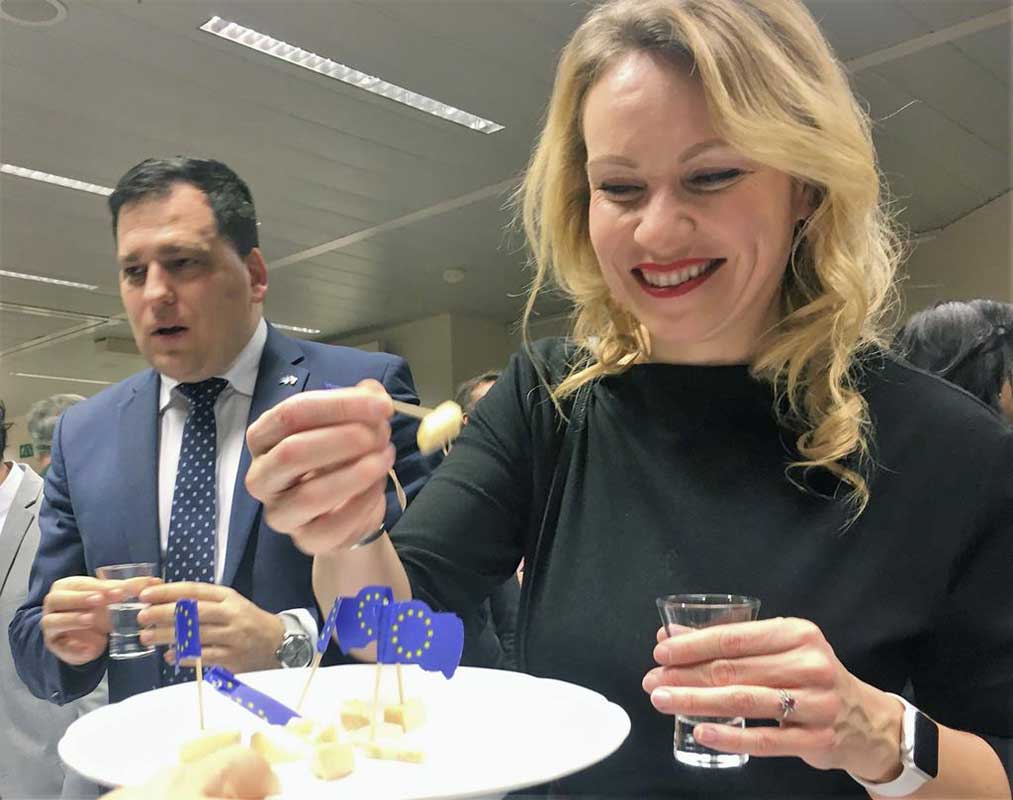 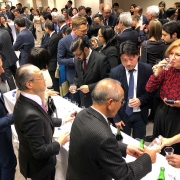 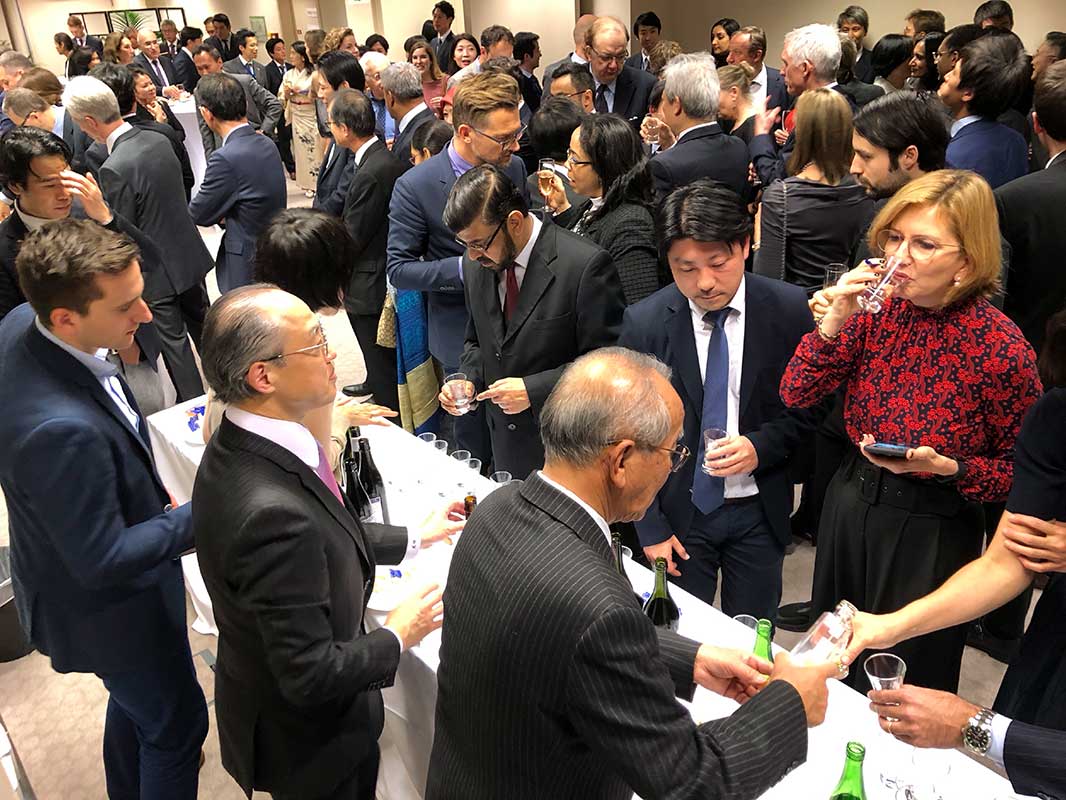 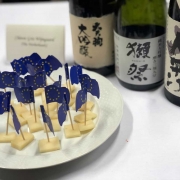 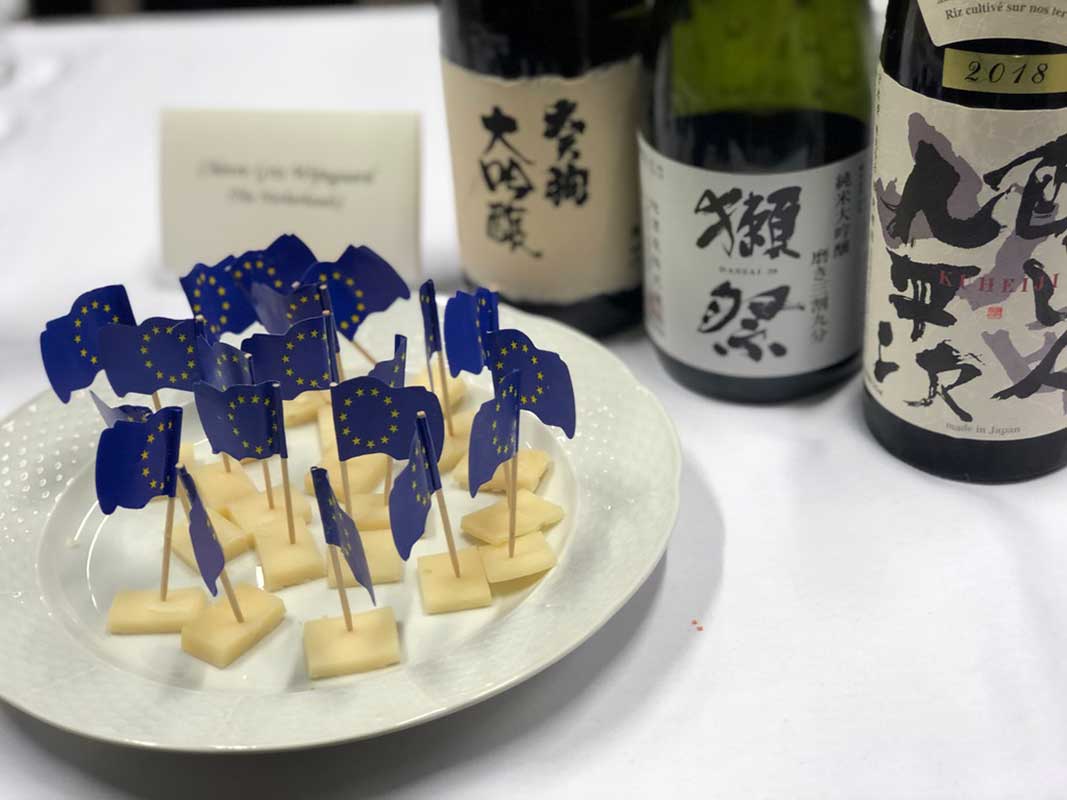 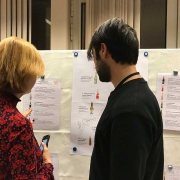 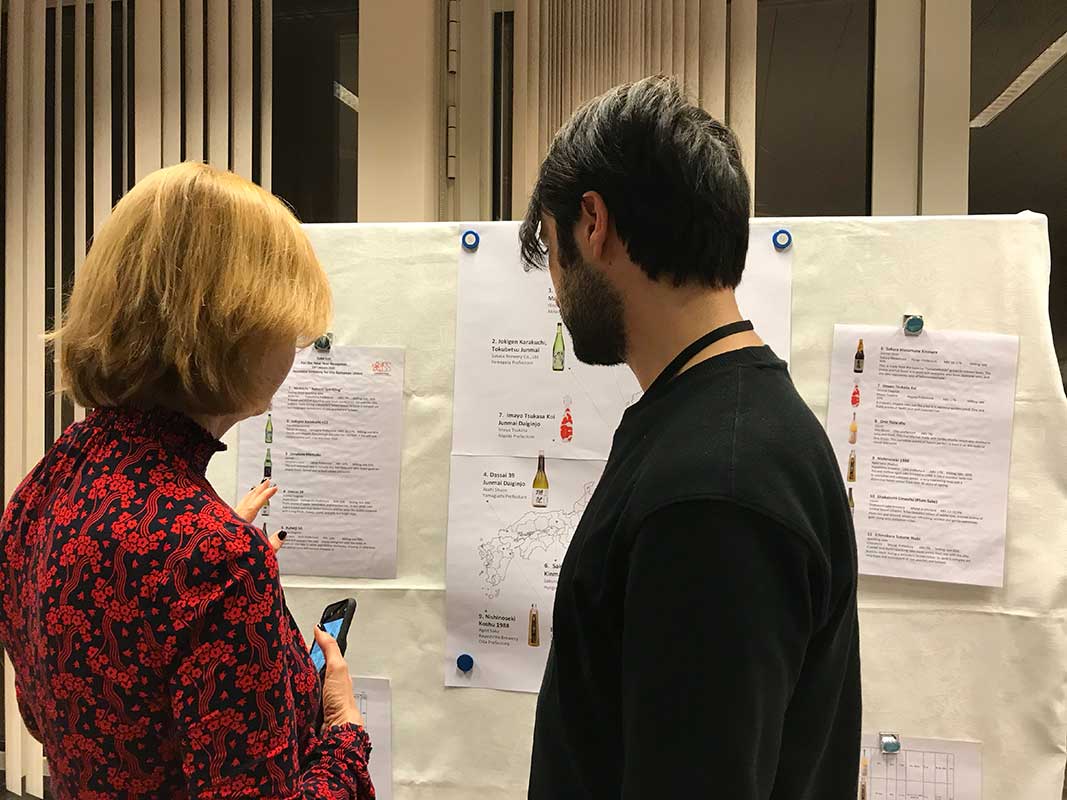 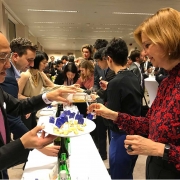 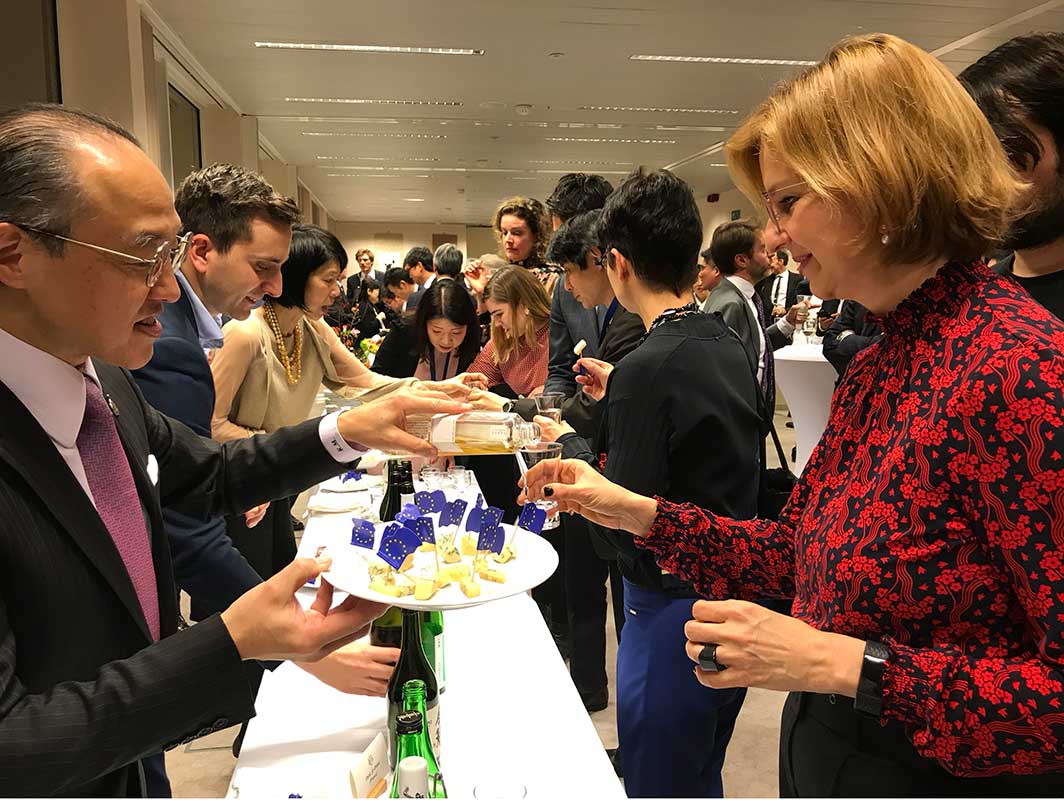 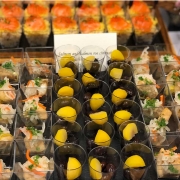 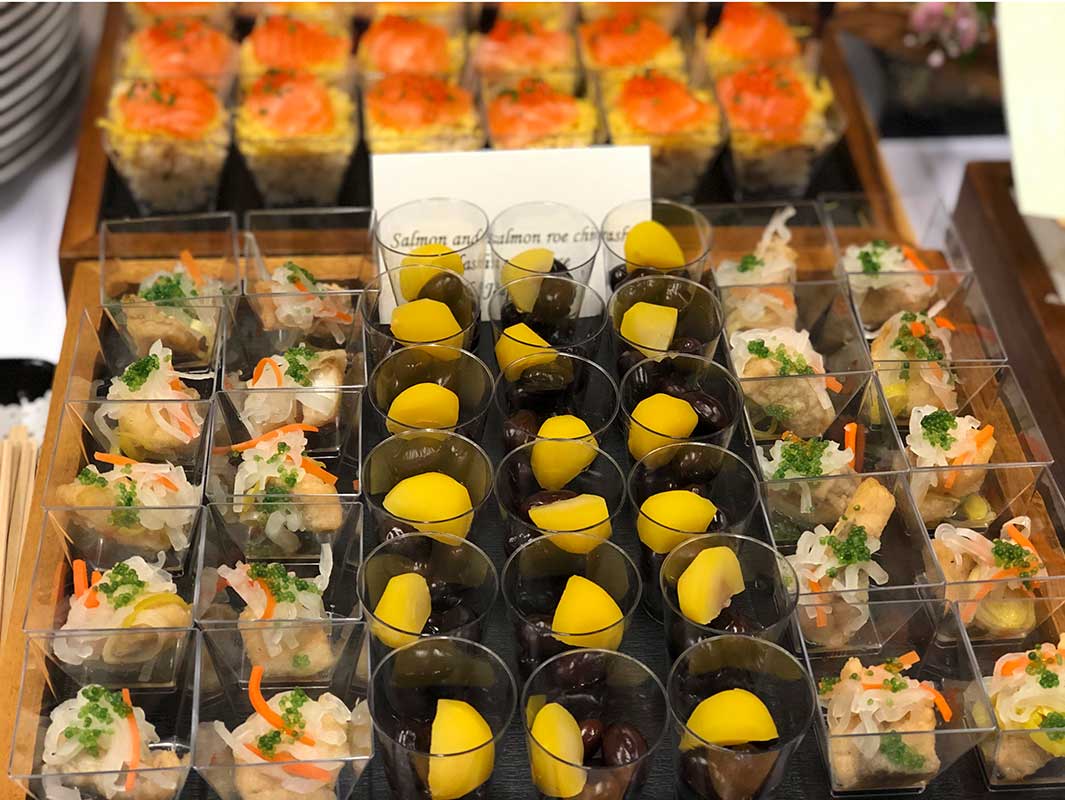 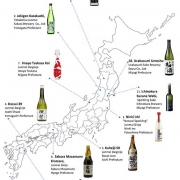 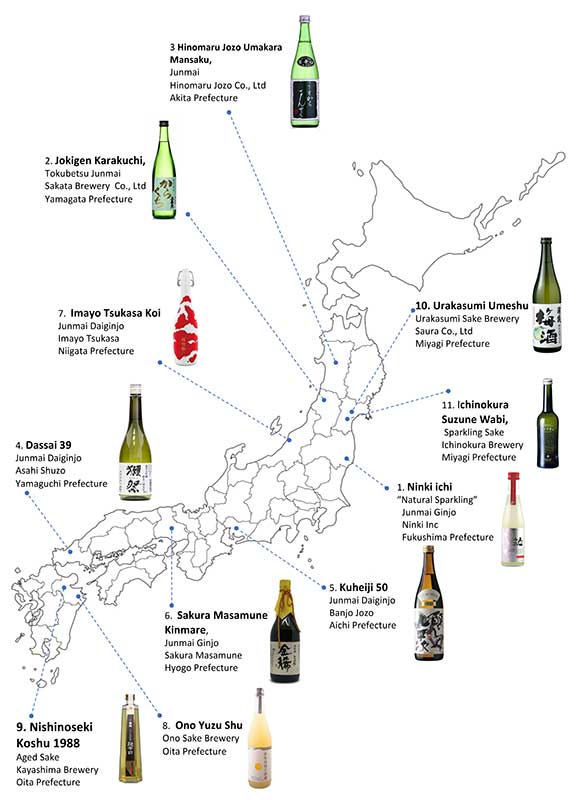 Ambassador Kazuo Kodama hosted a reception to celebrate the New Year and the first anniversary of the enforcement of the Japan-EU Economy Partnership Agreement. Around 200 dignities joined the celebration including officials from the EU institutions and the diplomatic corps in Belgium, along with various Japanese companies.

The special request of the marriage of Japanese Sake and European cheese was made from the Ambassador to mark the first anniversary of reciprocate trade agreement of EPA.  With the support of leading sake experts in Europe, Mr Keiichiro Miyagawa from Paris, Laurent Vanden Bak and Ms Manami Doi from Brussels, Rie Yoshitake chose locally available premium sake to match the five different cheeses from EU countries. Cheese and sake are both fermented products and compatible to each other. Especially, we found the pairing of Koshu (aged sake) and soft blue cheese, Umeshu and blue cheese, and sparkling sake and hard Italian Pecorino are especially popular and it was joyful to see the guests taking a strong interest in sake.

The successful integration of cheeses and sake was well received as one of diplomatic symbols between EU and Japan. The Japanese Sake and Shochu Association and Sake Samurai are proud to have sponsored this meaningful event with a selection of delicious sake, and we will continue working with  the Mission of Japan to the European Union in the future.