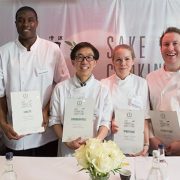 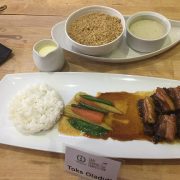 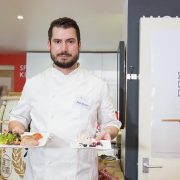 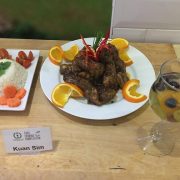 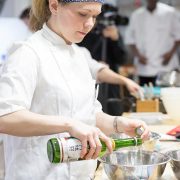 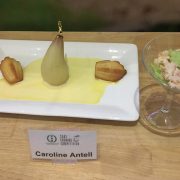 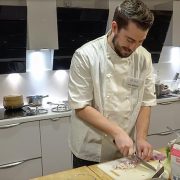 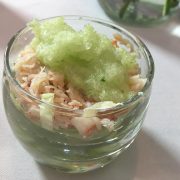 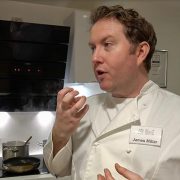 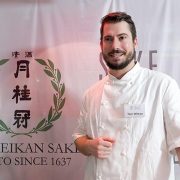 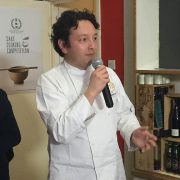 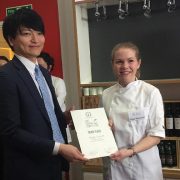 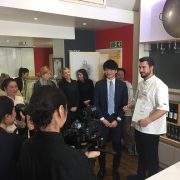 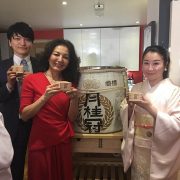 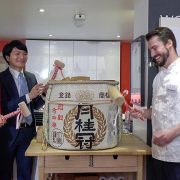 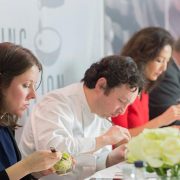 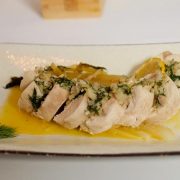 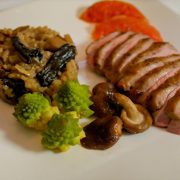 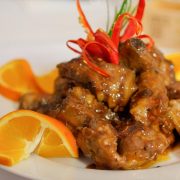 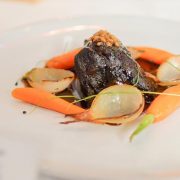 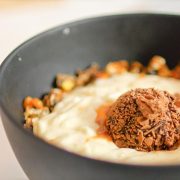 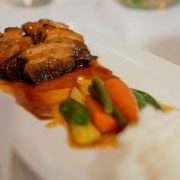 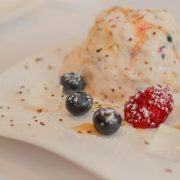 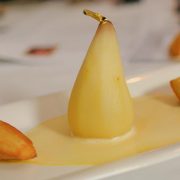 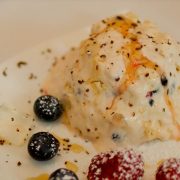 After its debut in 2016, Japan Centre hosted its second sake themed “Gekkeikan Master Cooking Competition”, which is designed to promote the concept of “Sake to Eat”.

Cooking with sake has long been part of the Japanese home cook’s repertoire and it is well known that sake’s rich umami naturally complements the equally umami rich ingredients of Japanese cuisine – mushrooms, kombu, dashi, natto. Umami, however, is not confined to Japanese food alone and with this in mind, the Gekkeikan Master Cooking Competition was launched to inspire a new generation of global chefs and whoever cooks at home to use sake more creatively at mealtimes.

The rules of the competition were simple: entrants needed to devise two sake inspired dishes – one savoury and one sweet. Finalists then presented their creations before a panel of expert judges at the School of Wok, competing to win not only the title of Gekkeikan Cooking Master 2017, but also an exclusive trip to Japan and a sake brewing course at Gekkeikan in Kyoto.

A tantalising selection of dishes were cooked on the day, including: Rice pudding with Sake Caramel, Caramelised Sake Nuts, Chocolate Rice “Sugidama”, Truffled Sake Cabbage and Sake Walnut Whip. It was with difficulty that judges awarded this year’s title to Tom Wilson, a financial marketer, who cooked a Sake and Mushroom Risotto with Grapefruit Duck Breast and Sake Berry Bombs with Yuzu Syrup.  And second and third place went to James Millar and Poppy Sherwood and the special Gekkeikan Prize went to Kuan Sim.

As a judge and as a sake promoter, Rie was very impressed by the competition hoping that diversity of sake as a cooking companion will spread amongst chefs and at home just like sake is a bottle one household keeps in the kitchen to enhance the flavour of variety of dishes.