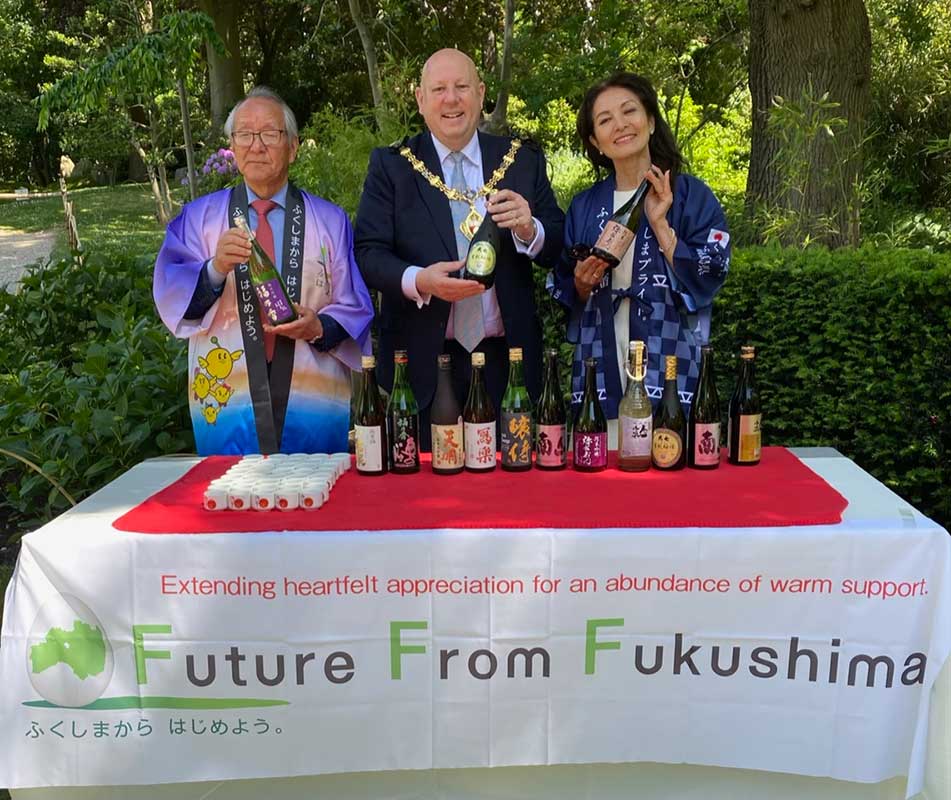 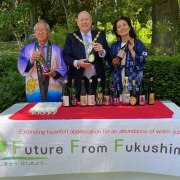 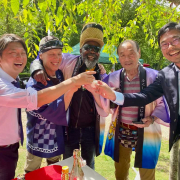 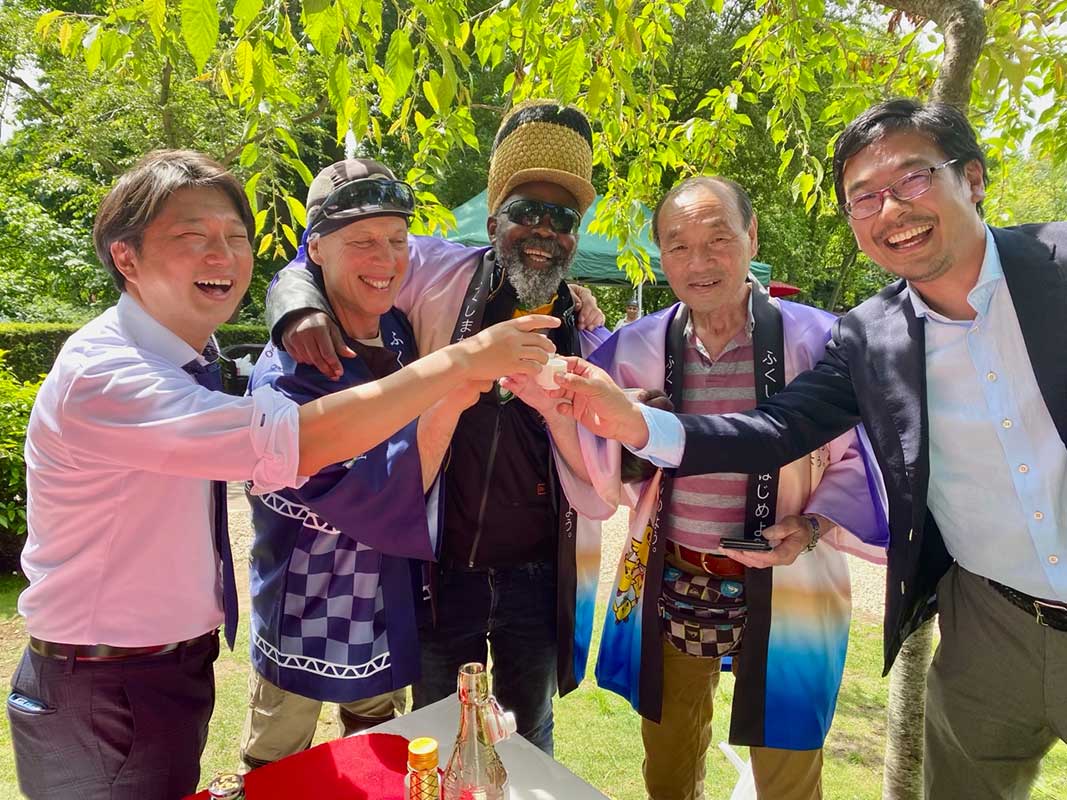 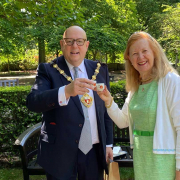 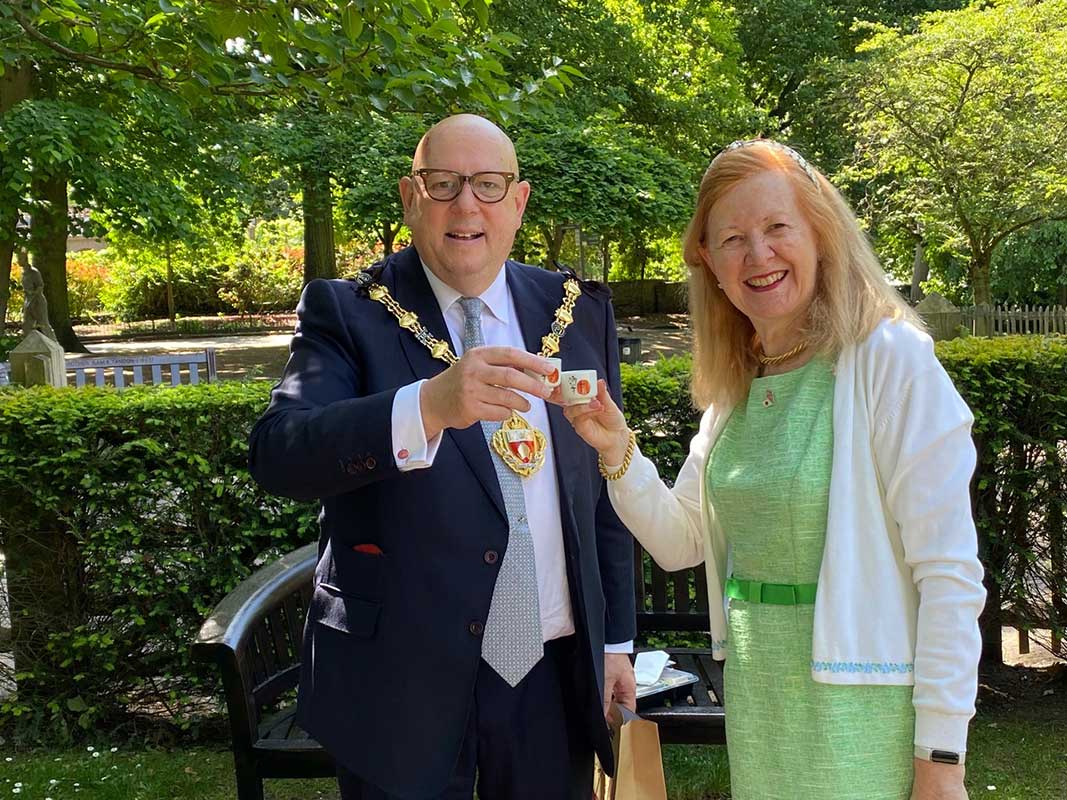 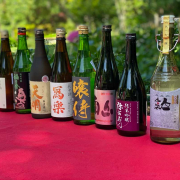 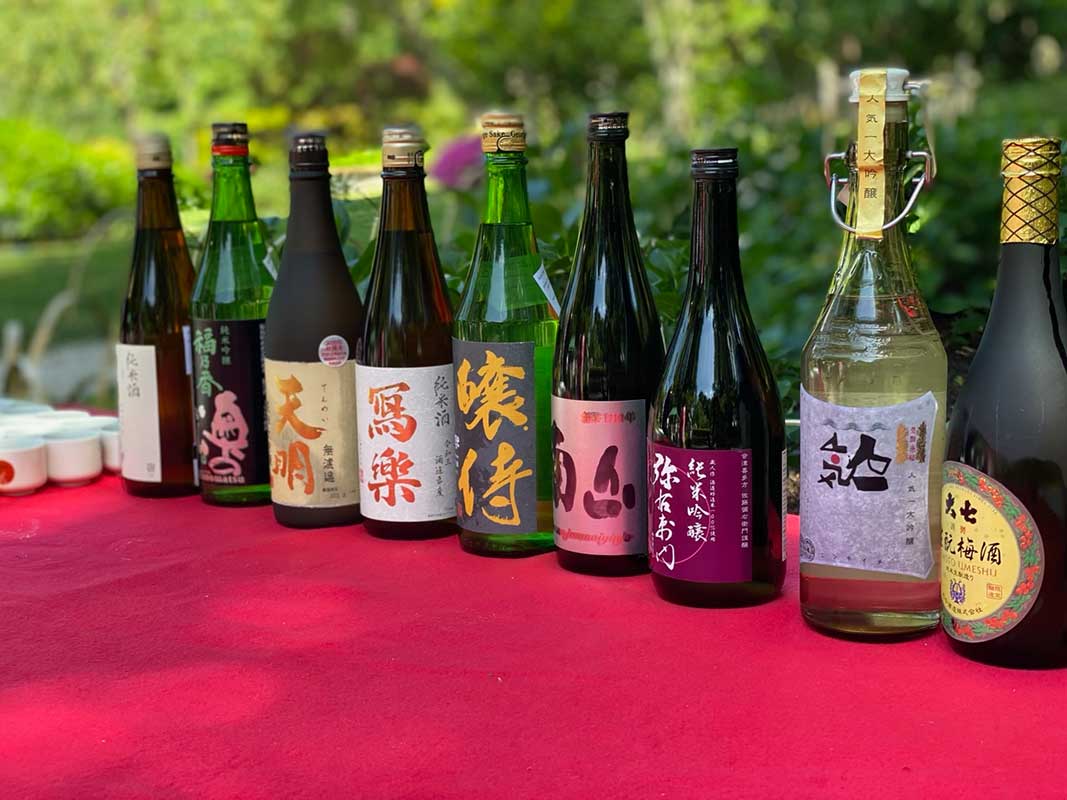 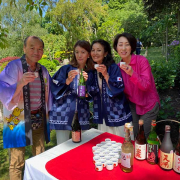 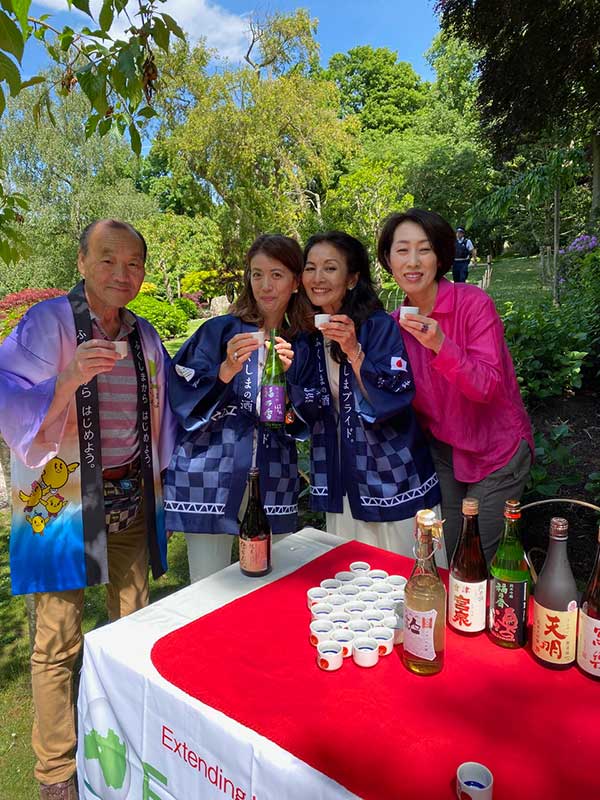 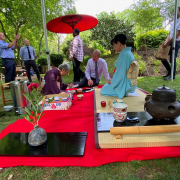 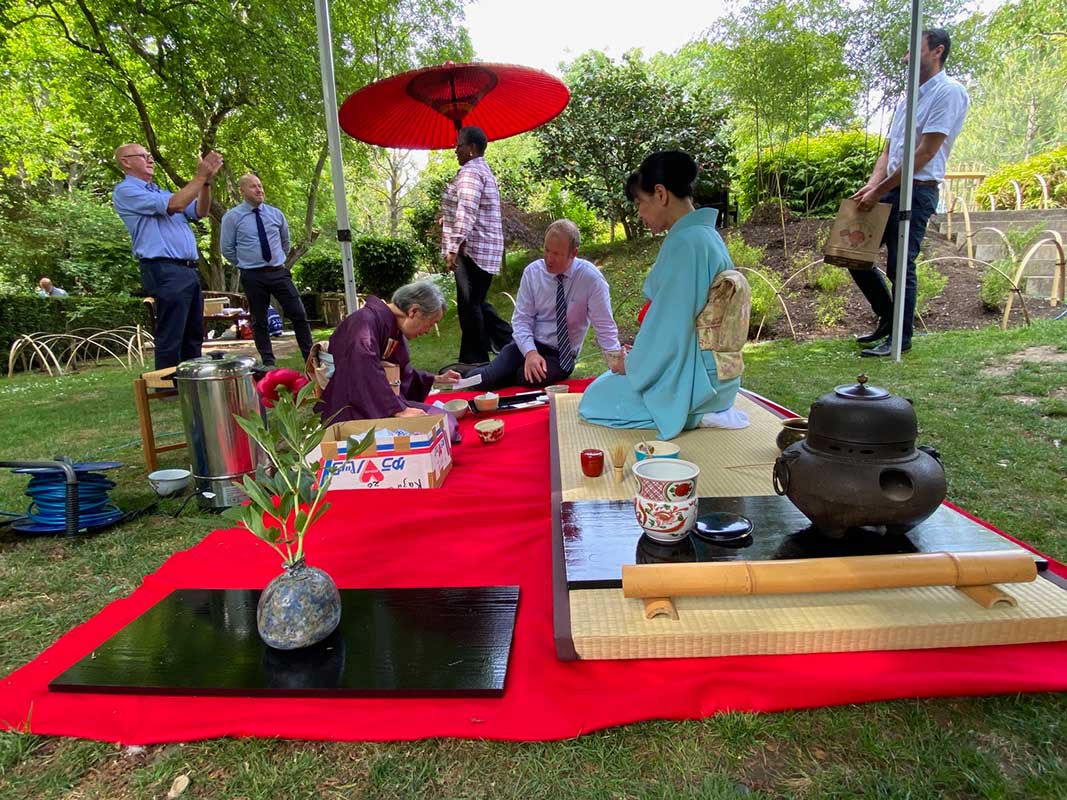 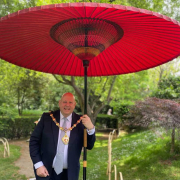 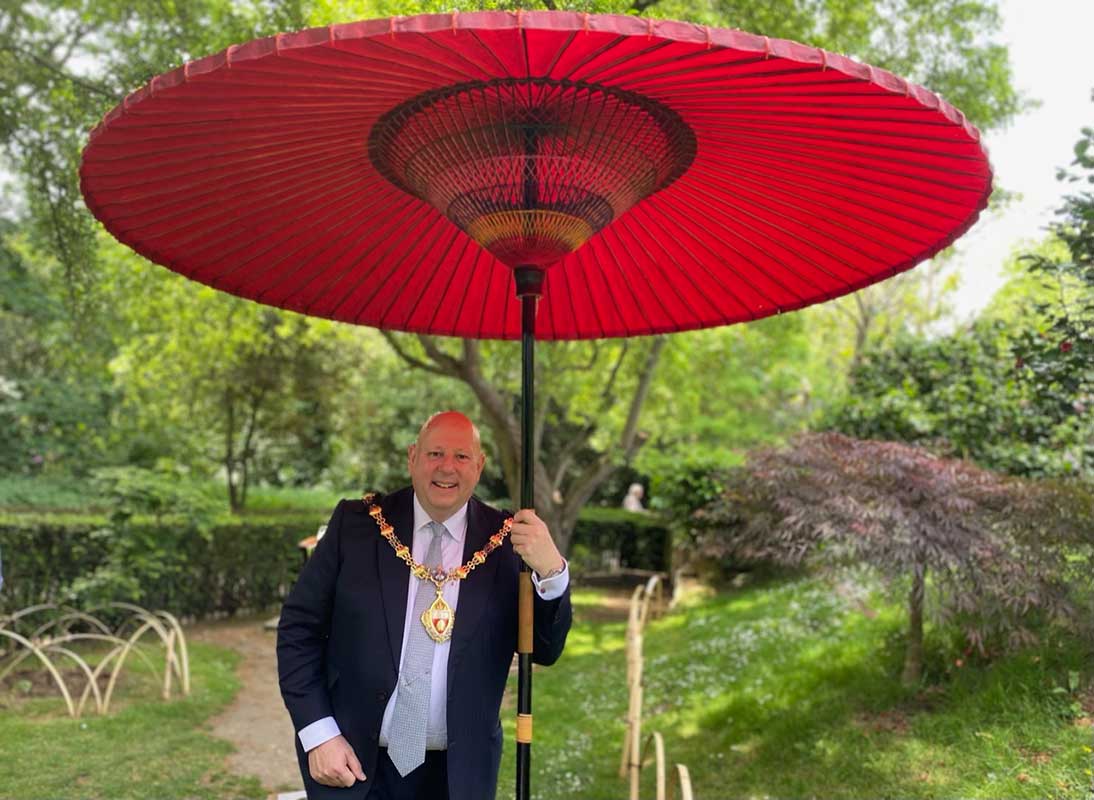 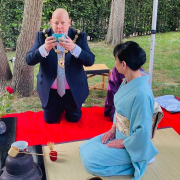 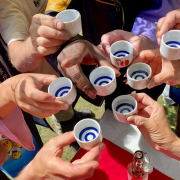 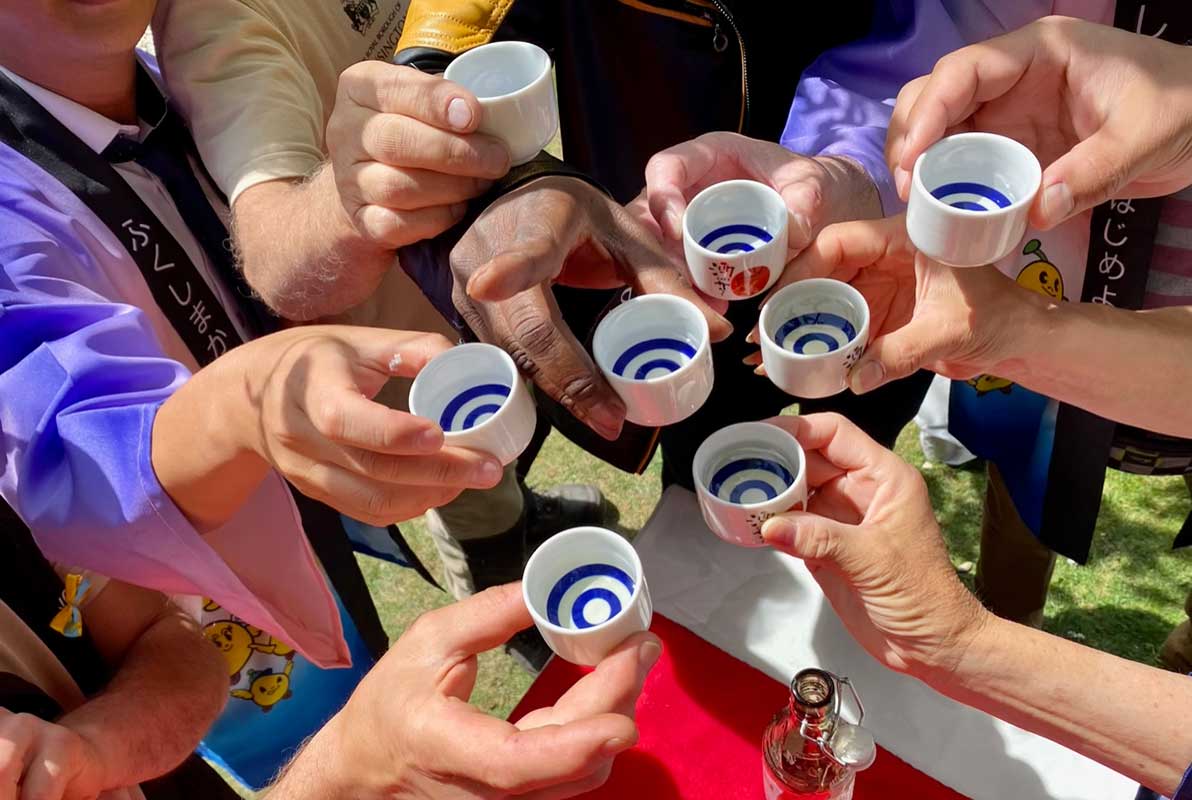 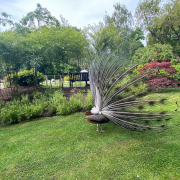 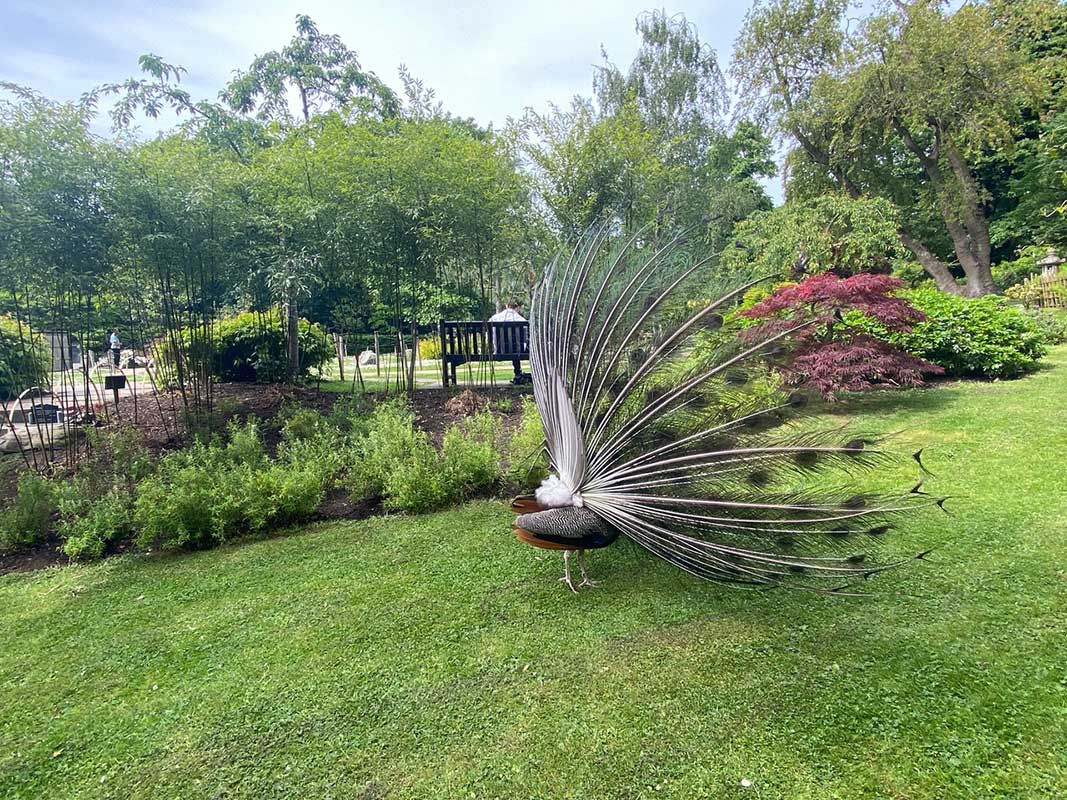 Sake Samurai UK proposed a traditional Hanami (Cherry Blossom viewing) party to Fukushima Prefecture Association in London and supported organising it on the 18th May, inviting the local dignities and people who supported the recovery of Fukushima. This quintessential Japanese ritual of the Hanami party was held in the well maintained Fukushima Garden which was built in 2012 next to the Kyoto Garden in Holland Park, London to commemorate the support of the British people to the Japanese people following the natural disaster occurred on 11th Martch 2011. The Garden is beautifully designed placing rocks, lanterns and Fukushima’s significant plants and flowers. It has been carefully maintained by the local council and their gardeners.

Mr Yoshio Mitsuyama, the chairman of the Fukushima Prefecture Association thanked the guests, including Lady Victoria Borwick, The Mayor of Kensington, and led a toast with Sake from Fukushima.  Mr Mitsuyama also conveyed a positive message from the people of Fukushima, and guests enjoyed a special home-made bento box full of Fukushima ingredients such as rice, peach, squid, vegetables and pickles.  A tea ceremony was demonstrated by a tea master under a red parasol. It was a day to remember for everyone who attended and the friendly Kanpai cheers echoed in the blue London sky.

Webinar on the difference between British and Japanese mentality and attitude...