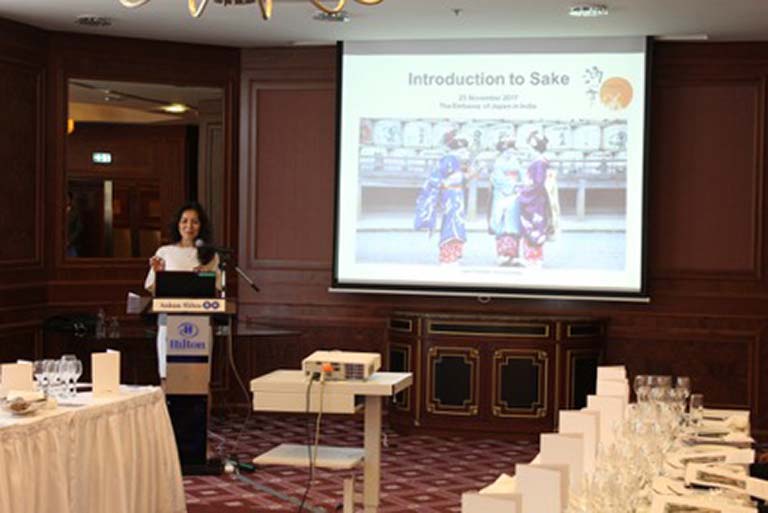 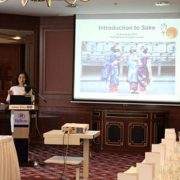 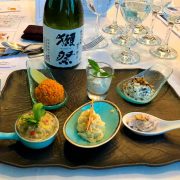 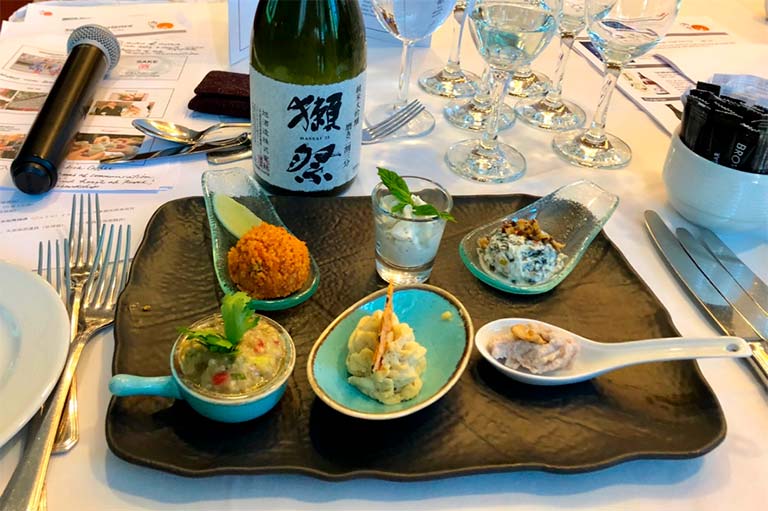 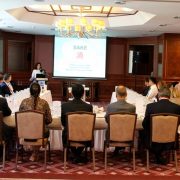 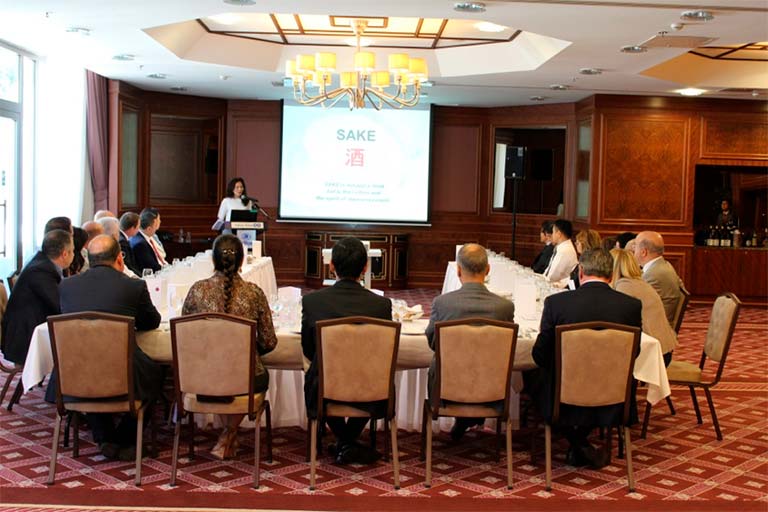 On the second day of our visit to Ankara, I was welcomed to a gorgeous chamber in the Hilton Hotel to give a talk about sake, prior to the exciting sake matching lunch with local Turkish cuisine. Hosted by the Ambassador Miyajima and the CEO of the Hilton Hotel, duly selected local dignitaries and influencers in the food & drink trade assembled to catch a very rare opportunity to learn about the unique national drink of Japan. My task was to provide the fundamental knowledge of sake and to demonstrate the concept of ‘sake beyond sushi’, i.e how well sake could go with the Turkish local food.

Obviously, Japanese cuisine is not as well known in Turkey as it is in the west and not many Japanese restaurants or shops exist yet in Turkey. Also, it is said that Turkish people are quite conservative when it comes to food. So, it was quite natural to integrate two nationalities, Turkish food and Japanese sake. Strongly believing in the reputation of sake for not getting into a ‘fight’ with food, I knew that sake would not fail in this mission – and it was right.

During the first course (called mezes), hummus, thick yoghurt, Circassian chicken, eggplant salad and spinach tartar were served. For those fresh cold appetising dishes, we selected sparkling sake, dry crisp ginjo and fruit light Junmai daiginjo to keep the palate fresh and clean.  For the hot and rich main dishes of Turkey’s famous kebab, lamb stew and meat balls, we offered full-flavoured junmai from Kyushu, and masculine powerful daiginjo genshu muroka from Hyogo. They complemented very well just like red wines could do for those dishes. For the Turkish desserts represented by baklava with rich honey nutty flavours, we served sweet and refreshing umeshu (plum infused sake), and to finish with, a quite contrasting dry thirty-year-old koshu impressed the guests with its huge diversity of taste.

This was one of the most successful and meaningful events I have undertaken for sake PR over the past 10 years, and I feel so grateful for the initiative of Ambassador Miyajima, his hardworking team, the Hilton Hotel in Ankara, and most of all, I thank the people who showed such warm appreciation for, and interest in, this encounter with sake and Japan.